Cannabis Science, Corrupt CBIS Stock, The Crooks, and the Lawyer/Politician

Cannabis Science, Corrupt CBIS Stock, The Crooks, and the Lawyer/Politician

The Crooks, The Lawyer/Politician, and the Corrupt Stock CBIS
Cannabis Science President Raymond C. Dabney and Ronda Baldwin-Kennedy
the CBIS corporate attorney and Republican candidate seeking election to the California State Assembly for District
44, and Cannabis Science, Inc the delusional CBIS stock. The reality of the corruption and misguidance of Cannabis
Science and its members is sickening and boarder line against the law if not against the law.
CBIS illegal Operation:
CBIS is operating ILLEGALLY a Dispensary in Sherman Oaks located at 14006 Ventura Blvd called CaliRX
DBA 14006. CaliRX is located right next to a PRE-ICO dispensary Green Angel, a city and state licensed
dispensary located at 14000 Ventura Blvd. CaliRX is also within 700 feet of the first dispensary which was
licensed in Los Angeles, The Higher Path. (Visit the City website to validate Green Angel and The Higher
Path locations. http://cannabis.lacity.org/legal-businesses ) CBIS location was previously raided at 14006
Ventura Blvd for illegally growing cannabis and will most likely be raided in the near future for operating
illegally without license or permits. None of the two locations are city or state licensed and CBIS is operating
both their locations illegally. They did not purchase any PRE-ICO licenses in Los Angeles. CBIS has leased
the licenses from a Kathy Smith who did not have permission to sell or lease the licenses. She has received
stock and petty cash for the deal with a promise of making millions when CBIS goes up. 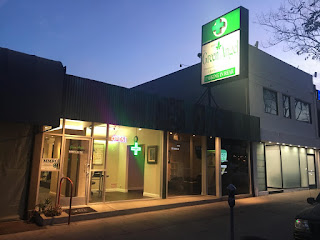 The Crooks:
CBIS President Raymond Dabney has been sanctioned for previously issuing bogus news. “The Financial
Industry Regulatory Authority warned investors back in August about marijuana stock scams, saying “the con artists
behind marijuana stock scams may try to entice investors with optimistic and potentially false and misleading
information that in turn creates unwarranted demand for shares of small, thinly traded companies that often have
little or no history of financial success.” It’s not hard to figure out that some of the people behind the penny pot stock
boom have questionable backgrounds.Take Raymond Dabney. In 2005, the British Columbia Securities Commission up in Canada slapped a five-year trading
ban on Dabney and barred him from being an officer or director of a publicly-traded company for five years after Dabney
admitted to issuing 22 bogus news releases that contained misrepresentations about the revenue of Xraymedia,
a Minnesota company in which Dabney was a controlling shareholder. The Securities & Exchange Commission also
sued Dabney and in 2010 obtained a final judgment against him that included a disgorgement and penalty of about
$190,000. The SEC launched the enforcement action against Dabney and three others in connection with a scheme to
manipulate the price and trading volume of Alliance Transcription Services. Today, Dabney works as a management
consultant for Cannabis Science, a cannabis formulation-based drug development company that trades on the OTCBB.
Dabney is described in SEC filings as the trustee of the Bogat Family Trust, which owned 6.5% of Cannabis Science last
year.” CBIS President Raymond Dabney continues his corrupt ways and unethical dealings in Los Angeles while he owes
over a million dollars in fines to Canada. 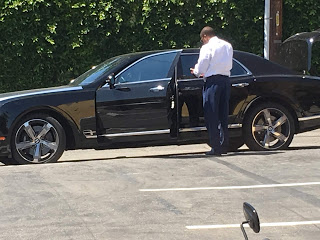 Cannabis Science acquired Bottle It, Inc., located in Corona, California. Raymond Dabney refers to Bottle it Company as CBIS Bottle it.  The truth of the matter is that Cannabis Science did not completely purchase Bottle It Company, they made a stock deal with some petty cash to an individual named Luis Ramirez to take over the operation and gave their press releases. There are multiple lawsuits with the Bottle It Company deal. One individual named Gregory is suing for the machinery and his assets within Bottle It which Luis Ramirez didn’t disclose to Gregory that he had sold the company. Another individual Marc Jakob is suing Bottle it, Inc and Cannabis Science, Inc for money lent to Bottle It, Inc for the equipment financing that is being used by Bottle It, Inc. Case Number RIC1809107
https://unicourt.com/case/urc-G5JCMKR4JU7DSG4HJFQXDFLTOVQCC0996#/dockets
The fact remains that Bottle It, Inc had its power disconnected and landlord repossessed the location for not being able
to pay rent. Currently the Bottle it, Inc plant in Corona is not operating and will be relocating in the near future.
The Lawyer/Politician
Ronda Baldwin-Kennedy the CBIS corporate attorney and Republican candidate seeking election to the California
State Assembly for District 44 is the in house attorney and/or her biggest client is CBIS. She is making money
defending the crooks with over 7 lawsuits pending. CBIS recent press release. ““With several key acquisitions,
the dispensaries openings and operations required, undue lawsuits, permitting and license applications, the day
to day legal and accounting work getting done by our team is all very impressive, however, there is no way that
they can handle the workload and we have decided to add to our legal department to ease this burden.”  This
mean that Ronda is making a living defending crooks and encouraging the marijuana industry for minorities. I
don’t know if I would want a Republican candidate which is supposed to be a conservative encouraging minority
marijuana business owners and crooked stock company President that pay her rent, wages, and bills to be
Assembly Member. God knows what she will do if she is elected. Ronda got her law degree from some mail
order Law Degree school online and could care less about the future of our country. Her action as an attorney
is clearly proof that she only cares about money and wants to help minority (black) individuals get into the
marijuana business. Her ethics is questionable and professionalism is fake. I would not vote for her if she was
the only Republican candidate on the ballot. All she cares about is helping black people make money in the
marijuana business. 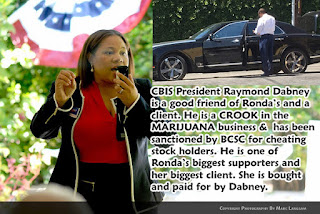 The Corrupt Stock CBIS
CBIS is a pump and dump penny stock. The executives are shady characters with an attorney who doesn’t know if she wants to practice law or be a politician for her crooked clients. A Kathy Smith another shady character who leased licenses that didn’t belong to her to CBIS is a black woman who has lied her way to receive money. I would NOT recommend investing in CBIS because based on their ROI of 20017. They have lost over $7.9 million dollars in 2017 alone with no real income for 2018 (2017 sales: $6,302.00, 2017 expenses: $7.9 MILLION). The stock is going down to what it’s worth a PENNY. Just in the past 6 months it has lost it’s value in half and it will continue to decline because CBIS does not own anything tangible and keeps adding bogus acquisitions and bogus press releases (see below). Seems like CBIS is getting sued daily and soon will be worth nothing. I am waiting for the day that SEC hands down charges to CBIS President Raymond Dabney. CBIS stock days are numbered and 2019 doesn’t look good at all.
2010 Home2010Cannabis Science Acquires Two Revenue Producing Operations, a Medical Marijuana Growing Facility and a Dispensary to Facilitate Operational Growth, Research and Development of Pharmaceutical Cannabis Products in Colorado in Accordance With State Laws
2012. Beth Israel Deaconess Medical Center, Harvard Medical School Study Confirms Cannabis Science’s Approach to Development of CS-TATI-1
2014 CBIS And Unistraw Holdings Join Forces To Produce Proprietary Formulations Delivering A Wide Array Of Unique Cannabis Extracts And Pure Cannabinoid-Based Products
2014. Cannabis Science, Inc. (CBIS) Increases Equity Position to 50.1% in Michigan Green Technologies LLC, Positioning Company as Leader in Evolving Michigan Medical Cannabis and Hemp Industries
2014. Cannabis Science In Final Negotiations To Establish Its First Medical Cannabis Facilities In Canada
2014 Cannabis Science Negotiates $1 Million Financing for Progression of Products and Start of Observational Trials
2014 Cannabis Science, Inc. (CBIS) In Final Negotiations To Acquire British Columbia Company That Has Submitted ‘Marijuana For Medical Purposes’ License Application To Health Canada
2014. Cannabis Science (CBIS) Purchases Two Parcels of Cannabis Production Land from Apothecary Genetics, a Combined Total of 51 Acres; Licenses Land, Cultivation, and Formulation Usage in Major Growth Plan in California
2015 Cannabis Science Negotiates for Major Asset Backed Blockchain Crypto Currency with Cannabis and Many Other Industry Applications
2015 annabis Science Acquires Pet Care Manufacturer and Distributor Equi-Pharm & Enters the $60 Billion Pet care industry.
2016 Cannabis Science Orders Multiple Greenhouse Structures for its 2nd Pilot 33,000 Sq. Ft. Drug Development Facility Buildout in Douglas County, Nevada
2016. Cannabis Science Begins Buildout of 33,000 Sq. Ft. Greenhouse Space for its First Douglas County, Nevada Cannabinoid Drug Development Land Dea
2016 Cannabis Science Targets Rapid Expansion as it Opens New Negotiations for over 1,000 Acres Targeting Property/Drug Development in California and Nevada as Industry Opens Up
2016 Cannabis Science Signs a 320-Acre Allotment Property Development Deal in Humboldt County, Nevada with Members of the Winnemucca Tribal Allotments Led by Chief Bill
2016. Cannabis Science Negotiates an Additional 200 Acres in California and 100 Acres in Nevada for Indoor and Outdoor Grow and Production Operations, Keys for Large-Scale Nationwide Growth Strategy
2016 Twenty Acre Indoor/Outdoor Cultivation Facility in Northern California in the Final Stages of Escrow Awaiting Transfer of Ownership to Cannabis Science, Inc
2016 Cannabis Science Guidance; Corporate Headquarters Relocated to California as it Negotiates for a Los Angeles, California Laboratory/Medical Treatment Center
2016. CBIS Gets Set to Break Ground on Its 360,000 sq. ft. Ft. McDermitt Drug Development Project; Chief William Bills of the Fort McDermitt Tribal Allotment Indian Lands Tours Property With Investors/Licensees With 1 Million sq. ft. of Cultivation Licenses
2016. Cannabis Science CEO Pleasantly Surprised That Over 1,000 Investors in the First 48 Hours Have Registered Successfully for the Gift Shares; Nevada Property Forges Forward With Updated Renderings and Land Parcel Schematics
2016 The Cannabis Science 360,000 Sq. Ft., Drug Development Compound Educational, Medical Facilities, and Laboratory in Nevada Presents a Fully Licensed Opportunity for Additional 900k
2017 CBIS acquires 2 PRE ICO licenses and is negotiating the for the third license.
2017 CBIS and RCDU Sign Another Large California Cultivation Land Deal for Two Hundred and Fifty Acres, Scheduled to be Seeded all at Once for Maximum Harvest and Research Production…..Then told us 60 acres planted, then find out it was only 26 of which all was confinscated.
2017. Cannabis Science To File Offering Memorandum for 25 Million USD in Expansion Capital
2017 Crown Baus Capital Corp. Acquires 100-Acre Investment Participation in Cannabis Science’s California and Nevada Property and Drug Development Projects
2018 Bottle-it acquisition.
2018 40 acres in Nevada
By lacannabis| 2019-11-24T05:43:40+00:00 October 17th, 2018|Uncategorized|0 Comments